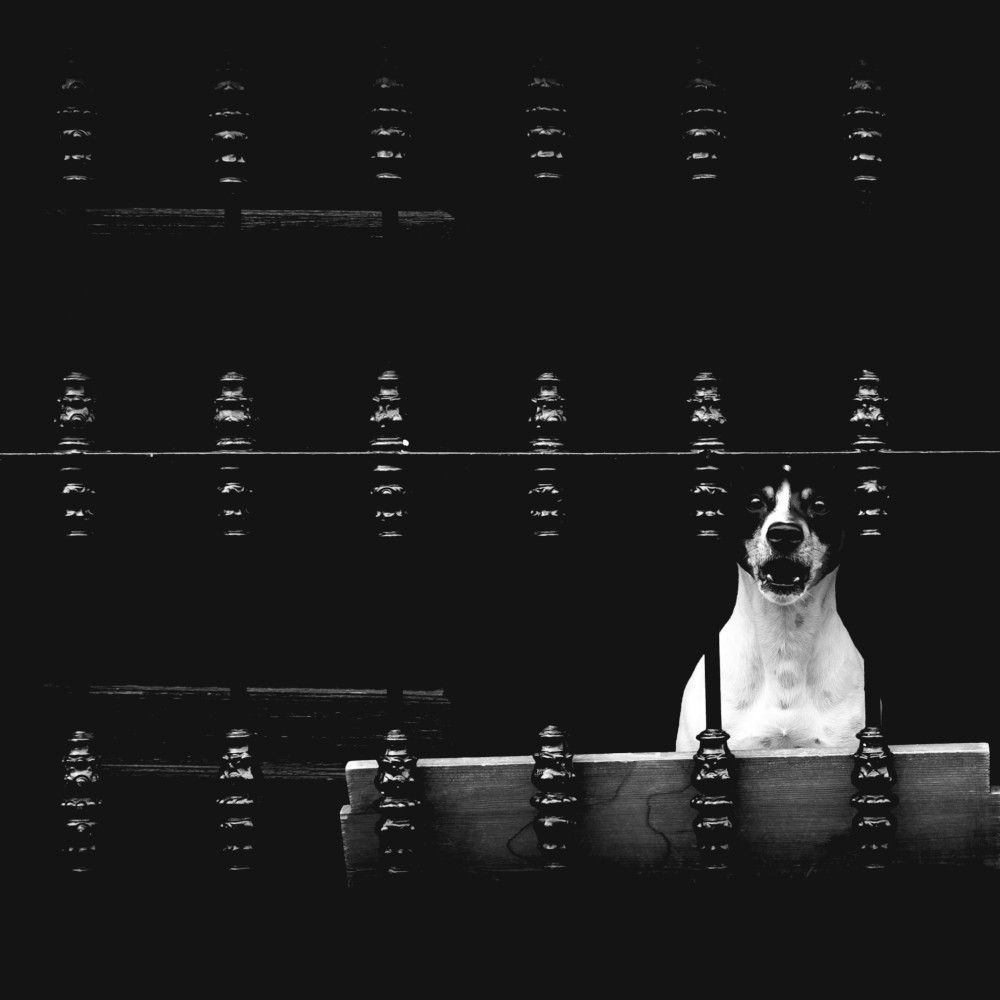 All home security (and most other types of security) use the following elements as building blocks to form a complete home security system:

Most people place a very heavy emphasis on barriers when it comes to home security. A barrier can be defined as some method of physically keeping unwanted intruders out. Examples are walls, fences, security gates etc.

Many people rely almost entirely on barriers for home security and will reinforce existing barriers, or put up additional barriers every time they experience, or fear, a new attack. So the fences get progressively higher, covered with razor wire and electric fences added. Next come the high walls, security gates and so on.

However, no barrier is impenetrable. Given enough time (which is probably a lot less than you think) any barrier can be breached. Fences can be climbed or easily cut with simple wire cutters. Walls scaled with ladders, or broken down with a few sledge hammer blows. Security gates can be forced with crow bars or cut through with small portable grinders. No matter what barrier you erect, there will be some way of penetrating it more quickly, or more easily than you may imagine. Criminals can be very innovative about this problem—after all that’s what they do for a living. And most people just erect the same barriers that everyone else does, so it doesn’t even take much ingenuity in most cases.

A lot of people act with dismay when hearing this fact. They fear that their security measures may be useless. That may not necessarily be the case, provided you have the other elements of home security in place which will be discussed in more detail further below. It does mean, however, that effective home security requires more than just a formidable array of barriers. And unfortunately in some cases, the barriers that are installed may be a waste of time and money.

This leads us to Principle #1

Principle 1: The effectiveness of a barrier is determined by the time it takes to breach that barrier.

That time is probably less than you might think.

We define our first principle in this manner because the purpose of any barrier is to buy you time. It can do nothing else. Given enough time, all barriers will be breached.

So what do you do with the extra time provided by the barrier?

The answer is to respond.

The following example explains the role of response as a key element in home security. Consider a situation in which you have some valuables stored in a remote, deserted farm house, which nobody ever visits. In that case, no barrier in the world will withstand a determined thief from breaking in, simply because they will have all the time in the world to work on the problem. So without some form of timely response that will stop the intrusion, a barrier will only slow the intruder down. This is as true for your garden gate as it is for a castle’s thick walls. And thus we reach Principle #2.

Principle 2: A barrier provides you with time to respond in some way that will stop the intrusion.

Without an effective response, all the barrier does is slow the intruder down.

Responses can take different forms, from simply yelling at the thief, letting him know that he has been spotted, to defending your home yourself by whatever means you can, or calling the police, or armed response. Clearly, these responses may vary in their effectiveness, and severity, as well as the risks associated.

Different responses also take different amounts of time to become effective. The role of any barrier then becomes far more clear, it should keep the intruders out until the response can make them stop their attack or intrusion. Thus the required strength of your barrier depends on the speed and effectiveness of your response. The slower and less effective the response, the stronger the barrier required.

Many people hope that their barriers will be sufficiently strong enough that no response will be necessary. Unfortunately this is a strategy of hope, nothing more. It may be sufficient against some casual attacks, but probably not against any determined or planned attack. This approach cannot be relied upon. It’s merely a hope that the criminal will get tired or discouraged and go somewhere else before they manage to breach the barrier. They may—but they may not. And what happens if they return night after night, continuing their work until they get through?

For proper security one needs to be able to rely on some form of response that will definitely stop the intrusion from continuing.

Responses thus need to be effective, even when faced with determined criminals.

Unfortunately some common responses are nothing more than a gesture, such as the situation where the security company sends a security guard to your gate, who then cannot gain access to your property because no provision has been made for him to do so. He then simply slips a note into your letter box proving he arrived, and after that he leaves. This will not stop even a casual criminal who keeps his wits about him.

Response usually requires fast reliable communication between people. Typically you need to call some form of response team to come and help you deal with the intruders. This can happen automatically or manually. Establishing reliable communication channels with those people ahead of time is thus an important part of planning your various forms of response. The good news is that these days we have an abundance of ways to communicate with each other.

Lastly, if the barrier’s role is only to provide safety for the time it takes for a response to become effective, how will you (or anyone else) know when a response is required? It’s too late after the barrier is breached.

This leads us to the next element of home security—detection.

Detection is defined as some means of being alerted when an intruder is either present in some forbidden place and/or is attempting to breach a barrier.

The entire point of detection is to activate your response. But to be useful, detection needs to happen early enough to allow an effective response before the barrier is breached.

This leads us to Principle #3:

Principle 3: Some means of detecting the intrusion is required to activate the response in time, before the barrier is breached.

Detection is only useful if that occurs early enough to allow sufficient time to stop the intrusion, before the barrier is breached.

Modern technology has provided us with many ways in which detection can reliably be achieved. Common examples which are probably familiar to most people are passive infra-red (PIR) sensors that detect body heat, infra red beams, magnetic sensors, intelligent camera software that can detect movement and shapes, as well as many other methods.

Alarms are a signal, indicating that an intruder has possibly been detected. Alarms can be sent to, or heard by, many different people, such as your family, your neighbours, your security company, or the police—as well as the intruder.

Alarms can also be the response. For example, when the alarm sounds, it’s a signal to the intruder that they have been detected and that some sort of response is imminent. This may be enough to make them stop and go away (provided they believe the response will be robust and swift). In that way, the alarm, together with the threat of a robust response, played the role of an effective response in itself.

Alarms also play the role of initiating the response, by attracting the attention of the home owner, security guards, neighbours, passer’s by, or the police, who will then hopefully respond effectively.

The last element of home security is surveillance. This is usually achieved by some sort of camera system.

The primary benefit of surveillance with respect to the dual objectives of preventing loss of possessions, or harm to your family, is to confirm detection. A good example is the case of your alarm sounding in the middle of the night after the system detected some possible intrusion. You could then use your cameras to check whether you can see anyone outside without having to go outside yourself.

Criminals also tend to be more wary, when they are aware that their actions may be recorded, but that will be discussed in more detail later.

This leads us to Principle #4.

Principle 4: To avoid unnecessary false alarms, detections should be confirmed first, where possible.

Too many false alarms can lead to the classic “cry wolf” scenario, where fast effective response is not forthcoming when you finally need it.

It’s not always possible to confirm all detections, maybe because there isn’t time, or simply because its impractical, or dangerous. However, you should use surveillance where practical to do so.

Combining the Elements into a System

You should combine these elements to form a comprehensive home security system as follows:

You should structure your defences in layers, like an onion. Each layer will comprise of a barrier of some sort (wall, fence, building exterior, security gate, bedroom door etc).

Each barrier should have some sort of detection sensor monitoring the exterior of that barrier, in such a way that when intruders either approach the barrier, or begin attempting to penetrate the barrier, then the detection system will sense that. Examples of this could be motion sensitive cameras, or passive infra-red sensors placed in such a way to detect when intruders are approaching each layer of your barriers. The important point here is that the detection should occur before the intruder has time to penetrate the barrier. Because then the barrier will do it’s job of keeping the intruder out, for the time it takes for response to arrive.

One of the most important points to note here is that you should definitely set up your home’s building exterior as one of your barrier layers (i.e. it should take intruders some time to penetrate your building exterior and get inside, where you and your family will be). And more importantly, your detection systems should monitor the outside of the house, because you want your alarm to go off while the intruder is still outside, and you want your barriers to keep them out, for the time it takes for your response to arrive. It’s pointless having your alarm only go off when the bad guys are already inside with you and your family!

Ideally you want your alarm to go off when the bad guys first enter your property, and when they still have multiple layers of barriers to penetrate, before they can get to your family. You should arrange your barriers and detection systems accordingly.

Position cameras, to cover the same areas that your detection sensors cover (some cameras can even be used as detection sensors). This is very useful for checking where the bad guys might be, when the alarm goes off in the middle of the night, without having to venture out yourself. This also enables you to confirm that an alarm is genuine, so that you can inform your response team accordingly.