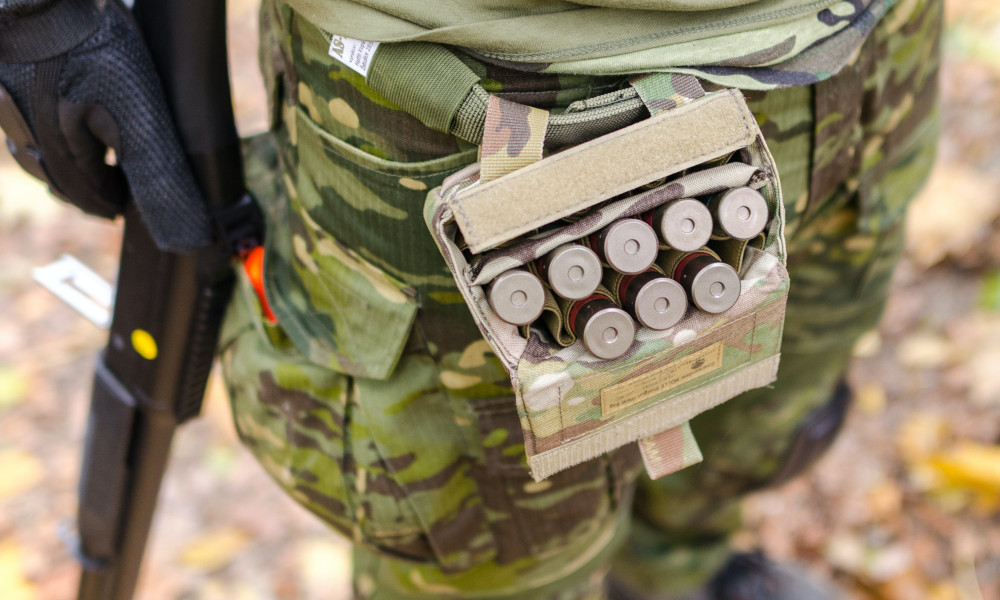 Keeping a shotgun loaded is as much of a skill, as shooting it effectively.

Most normal shotguns only have a loaded capacity of up to about seven rounds. Which, if you are shooting in any sort of extended dynamic situation, might run out. So being able to reload quickly, is a large part of learning how to use a shotgun effectively.

In addition, there are different types of shells, such as bird shot, buck shot and slugs. So being able to efficiently change from one type of ammunition to another, on the fly, to adapt to changing situations, is also a loading skill you might need to learn.

One can obviously practice these techniques on the shooting range, using live rounds. But lots of repetition, shooting live rounds can get expensive. Furthermore, the facts of life are that many people cannot get to shooting ranges that often, or afford that level of ammunition expenditure.

As we point out frequently, to improve your martial arts skills requires frequent repetition. The more cycles of good technique you can complete, the better your basic skill levels will get.

So it would be preferable to be able to practice shotgun loading techniques at home as well. But to do that, one should use dummy rounds, and definitely not live ammunition. If you are trying to practice loading techniques using live ammunition at home, that situation is just an accident waiting to happen, because you need to cycle the rounds through the chamber and then eject them, to complete the full sequence of movements. It goes without saying, that doing that sort of thing, repetitively at home, is simply not a good idea.

So if you want to train shotgun loading drills at home, you will need dummy, inert rounds to practice with.

Always make sure that there is no live ammunition anywhere in the vicinity, when practicing firearm handling drills at home. All live ammunition, should at the very least, be in a completely different room, but ideally, safely locked away, while you train at home. Make this a rule that you never break.

The first task of any home firearm training, should include a very thorough inspection of any dummy rounds you might be using, to make absolute certain those are actually inert rounds. Make sure that no live ammunition has become inadvertently mixed with the dummy rounds. Again, make this a rule that you never break.

The video below describes how to make your own dummy rounds from spent shotgun shell casings.